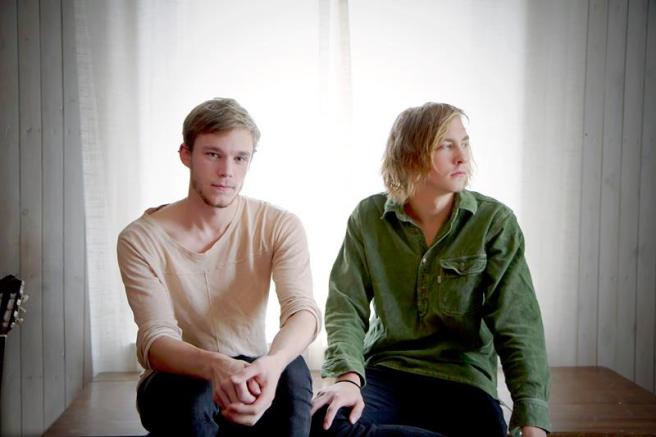 In the summer of 2012 Ludvig Söderström moved into the house where I and Lucas was living. During the summer, the council totally reconstructed the road outside, and closed off all traffic other than work-machines. When the entire construction force went on summer vacation there was an awsome silence, and we felt completely shut off from the world. For two weeks me and Ludvig did nothing but write music. We wrote 10 songs that were later recorded in the Piteå College of Music by audioproducer Joel Löf. A host of musicians from the college volunteered to play on the album. Today only 2 tracks are fully produced and mastered, but we hope to complete the entire album soon. We are still making new music.You can hear all the music on my Soundcloud page, but this is what it originally sounded when we were recording it in the basement of our house.

Here is the more professionally recorded Fristad, set to another homemade video:

This site uses Akismet to reduce spam. Learn how your comment data is processed.